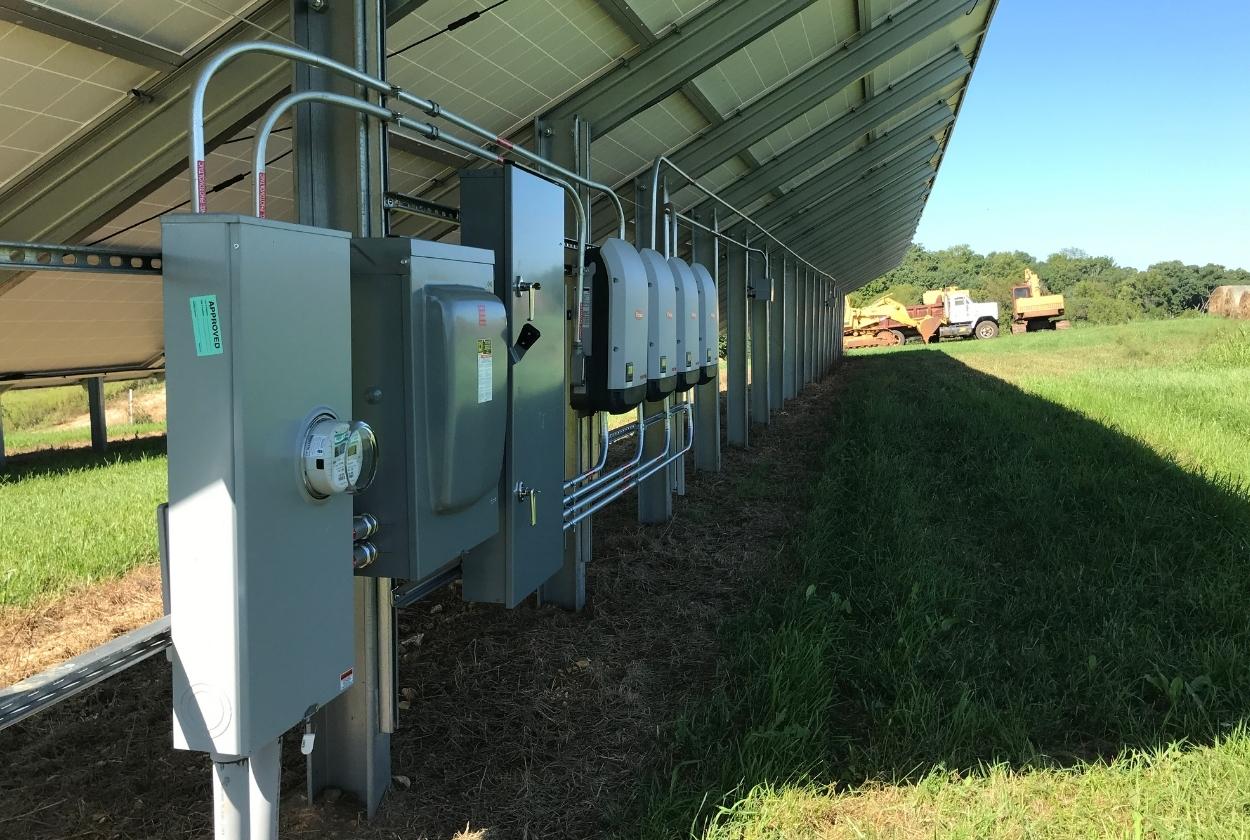 What is Net Metering?

Net metering is a term that gets used a lot in the realm of solar energy and it carries with it some confusion. What exactly is it and how does it help you when installing solar panels on your home? Net metering is a process in which a utility company keeps track of both the energy going into and coming out of a house. The amount sent back to the utility is subtracted from the amount sent to the home, and the customer is billed for the net amount.

How is the Energy Measured?

After your solar system is installed, the utility company will come out and install a “bi-directional meter.” This is an energy meter that not only measures electricity coming into the house, but also keeps track of it leaving the house.

This is an energy meter that not only measures electricity coming into the house, but also keeps track of it leaving the house.

During the middle of the day when your house is producing more power than it is consuming, the extra goes onto the grid and the bi-directional meter will indicate that somehow. Some meters show a physical arrow pointing toward the utility while others will have a code or something else that appears when it’s feeding the grid.

At night or when your house is using more electricity than your solar can produce, the meter will indicate that the power is flowing back the other way.

The big benefit of net metering is that it allows you to offset as much power as your house uses without the need to buy batteries. When solar panels create energy, that energy has to go somewhere in order to be utilized. In an off-grid solar system, that energy has to flow into batteries and be stored for later. Then when the house uses energy, it takes it from the batteries and depletes the available energy.

With a grid-tied system utilizing net metering, the extra energy that your house isn’t consuming in real-time is sent back to the utility grid. It flows down the transmission lines to your neighbor’s homes and is used up. As long as you have a bi-directional meter there at the house to keep track of what’s leaving, you get credit for it for later.

Then at night, the energy that you need comes from the grid and cancels out the credits of energy you accumulated earlier. It’s like you’re using the utility company as the battery for your solar system. It saves you a LOT of money on batteries and other equipment needed for an off-grid system, and it’s more reliable.

How Net Metering Works in Missouri

One of the big misconceptions that many people have about solar is that when you have a solar system, the utility company sends you a check and you can make money. In Missouri, that will never happen. Your system will simply create credits that will offset your usage and save you money.

When it comes to net metering in Missouri, the utility gives you credit for the power that you produce at the regular retail rate up until you’ve offset all of your usage. If you produce more than what your house uses, then you’ll only get credit for that extra power at the wholesale utility rate. The wholesale rate is significantly less than the retail power rate. This is why it’s important to size your system properly, to only offset the usage of your house. Anything more than that is not a good return on investment.

Why Don’t the Numbers on My Bill Match Up?

One of the common questions that homeowners with solar often have is why the production numbers from their systems don’t match up with what the utility company shows on their bill. This is often due to the fact that much of the system’s solar power is used up in real-time. Any power that’s being used at the same time the solar is producing, will not go through the meter, and is not registered by the utility. That means, that portion of the solar energy will not show up on your utility bill. Here’s a simple example of how it works:

How can this be? The utility showed that your solar only sent 600 KWh back to the grid for the month, but your solar system shows that it produced 800 KWh? In this scenario, your house used up 200 KWh of energy before it went to the grid. Overall, your house used 1200 KWh for the month. Your system produced 800 KWh total and you bought another 400 KWh from the utility.

Setting Up Net Metering With the Utility

In Missouri, net metering is something that all utilities have to offer by state law. This means that they are obligated to let you connect your solar to the grid, as long as you comply with electric code and any applicable jurisdiction codes.

When you go solar with Simple Solar, we handle all the details of getting you connected to the grid. At the beginning of the process, before we install, we draw up detailed diagrams and plans of how the solar will connect to your house and the grid. We submit those to the utility on your behalf and then the utility’s engineers review them.

Most utilities don’t take anywhere near that long to review net metering applications. It depends on how busy they are and how many net metering applications they have to review. Once we install, we submit more paperwork to the utility, showing that the installation is complete and is done to the standards that they require. They then come out to your house, look at the solar system and install your bi-directional meter. From that point forward, your house will be billed with the net metering method described above.

Overall, net metering is a great thing for homeowners who want to go solar. If you’re thinking about going solar and have any questions about net metering or how it works, don’t hesitate to ask. We’d love to help you understand the process better.