The Future of Missouri Solar Power 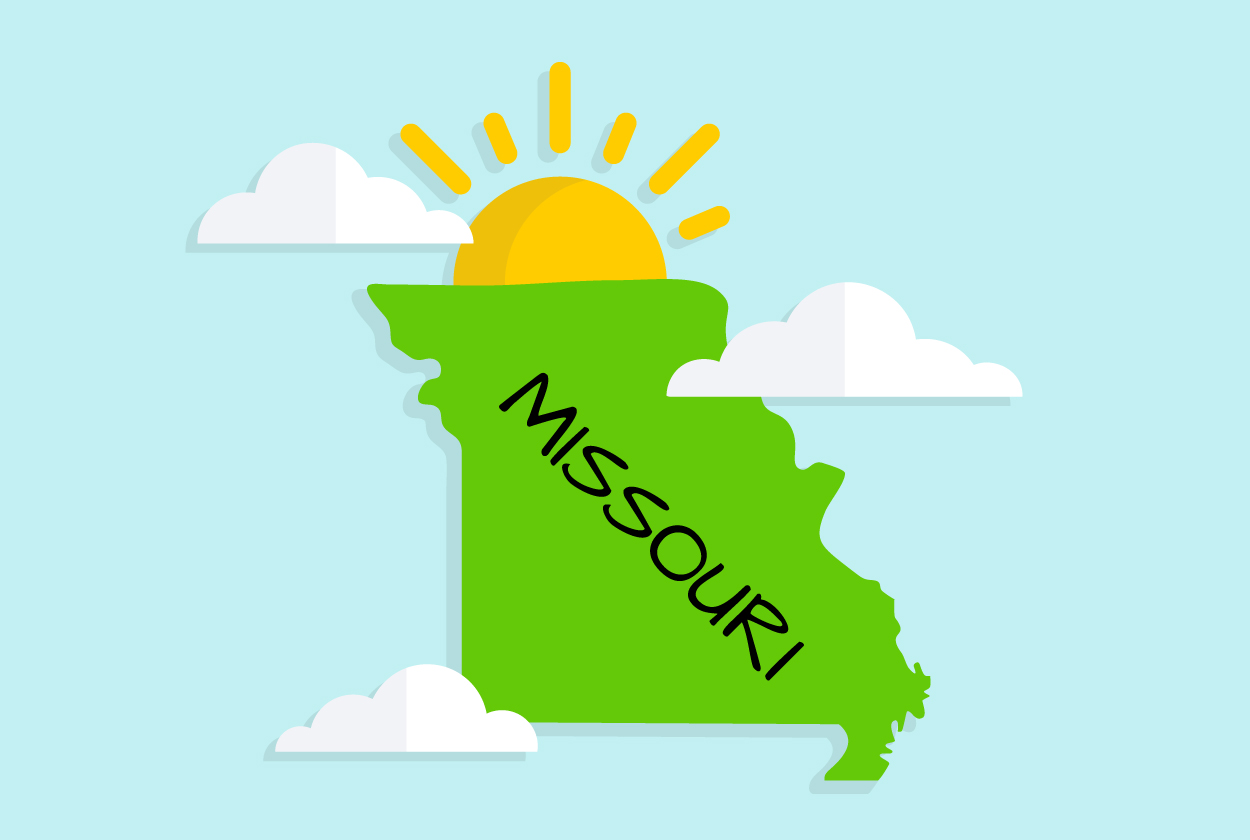 Have you ever considered switching over to solar?

Of course, you have.

With a new story or stat coming out almost every week on the growing effectiveness of this energy source, you’d have to be crazy not to have considered it.

It’s true, solar power is rapidly becoming the darling of the energy sector.

The public loves it.

And commercial businesses are taking advantage of it.

Even governments across the world are investing precious funds into this especially promising energy source.

And with so many benefits, this meteoric rise in popularity shouldn’t come as too much of a surprise either.

When it comes to Missouri solar power, this state is especially poised to embrace the renewables industry.

Some keys to Missouri solar: But there is one important factor for the residential customer looking to invest.

We’ll take a look at how solar is changing the way Missourians look at energy.

And why now is the best time to invest in a home solar system.

5 Benefits of Converting to Solar Power in Missouri We are going to list the specifics of why Missouri’s solar future is so bright these days.

But first, let’s take a look at some of the most substantial benefits that a residential solar system can have for you and your home.

1. It Can Cut Down on Energy Costs

This benefit is by far one of the most important ones when it comes to residential solar systems.

After all, if it doesn’t save you money in the end, why would you do it in the first place?

A residential solar system helps put your electricity costs in your own hands and reduce your power bill.

These savings won’t exactly give you the funds you need to buy your own private island any time soon.

But they do add up to some pretty substantial savings.

In fact, a recent study by the NC Clean Energy Technology Center found that investing in a home solar system is likely to earn you greater returns over a 25 year period than if you put the same money into the S&P 500.

And given the fact that this stock index is lauded by such investment gurus as Warren Buffet, that’s saying quite a lot.

That being said, U.S. Department of Energy points out that your total savings are affected by a variety of factors. 2. Solar Systems Provide a Significant Boost to Your Home’s Value

Solar power is the future of energy production.

And with each passing year, more and more people are finally realizing it.

As such, installing a residential solar system can give your home a substantial benefit over other properties.

There was a large-scale and comprehensive study performed by the Lawrence Berkeley National Laboratory.

The study actually found that a home solar system tended to skyrocket a property’s value by around $15,000.

And more of the public is just starting to see the value in such systems.

That figure is only set to keep growing.

The SunShot Initiative (a federally backed program designed to help home owners see the value in converting their property to solar) likens the investment to a renovated kitchen or a finished basement.

Like these popular selling points for a house, installing solar panels for home use is sure to draw a buyer’s eye and give your lot an attractive edge. While financial sense is without a doubt the top selling point of a residential photovoltaic solar system, that doesn’t mean the non-economic benefits are anything to scoff at.

In fact, the satisfaction of knowing you’re doing your part to cut down on our fossil fuel dependency is one of the top perks of using solar power.

What are the benefits of moving away from fossil fuels?

There are quite a few according to the Office of Energy Efficiency & Renewable Energy.

First, solar power can be a substantial force in mitigating climate change and curbing air pollution – to the tune of $259 billion and $167 billion in savings respectively.

When it comes to health, air pollution alone is estimated to contribute to around 7 million premature deaths each and every year according to the World Health Organization (WHO).

Beyond the intrinsic value of life itself, the savings in overall public health benefits could amount to anywhere from $30 billion to $113 billion according to one recent report.

It’s also helping to support the growth and prosperity of your community and the country at large by creating new jobs and contributing to your local economy.

According to The Solar Foundation’s National Solar Jobs Census from 2016:

In fact, “one out of every 50 new jobs added in the United States in 2016,” the report found, “was created by the solar industry, representing 2% of all new jobs.”

What’s more, the solar industry is only expected to grow even further.

The report found that employers expected to see an increase in solar workers by at least 10% over the next 12 months alone.

One of the biggest benefits of home solar panels is that implementing these systems helps build a decentralized energy grid.

An enormous population traditionally obtains 100% of their power from a single source.

The benefits of a decentralized energy grid can be incredibly substantial.

A report from the Department of Energy cited some of the main benefits as so:

So this is what a decentralized system really means:

Contributing to this particular benefit would be reason alone to convert your home to solar. Missouri, in particular, is especially poised to embrace solar growth in the coming years.

One indication of a state’s willingness to invest in solar energy is an evaluation of current large-scale solar facilities.

And when you look at facilities like the City Utilities 4.95-megawatt solar generation system, it’s clear that Missouri solar power is set to grow.

This facility alone generates enough electricity to power around 902 homes in Springfield per year (around 9.6 million kilowatt hours).

Such large-scale systems aren’t confined to rural fields either.

It is the largest rooftop solar array in the entire state. The trend of solar job production across the state is another great barometer for the potential of Missouri solar power.

One recent state report from The Solar Foundation’s Solar Jobs Census 2016 found that the health of the Missouri solar job market was especially strong.

At the time the report was conducted, there had been 526 new solar jobs since 2015.

However, when you factor in the reported growth rate in 2016 of 28.26%, the number of solar jobs created annually can reach the thousands in just a few years.

Plus, solar jobs are across the country are also expected to keep on growing.

This makes the number of new jobs each year likely to be even higher.

It isn’t too surprising to see this level of growth across the state.

According to one report by the National Renewable Energy Laboratory (NREL), Missouri solar power has the potential to bear almost half of the state’s total energy burden with rooftop photovoltaic systems alone.

If you factor in non-rooftop systems, that number jumps even higher.

Given the number of large-scale facilities already in operation, the visible growth of the Missouri solar job market, and the inherent potential for Missouri’s solar capacity:

It’s clear that this is one state that’s already primed for solar growth. Solar already has the potential to revolutionize the energy industry based on its own merits alone.

But the real benefits of investing in a home solar system is that there are a number of pretty significant state and federal incentives.

These solar incentives make investing in such a system even more appealing:

At the state level, Missouri offers a number of different incentives used to entice residents and local businesses to invest in photovoltaic and other solar systems.

The Energy Loan Program, according to NREL, is a program designed for local and state governments, schools, and institutions.

This program offers loans of up to $1 million.

Not bad considering many business loans can range anywhere from 5% to 9%. There are options for the homeowner as well:

This incentive allows both business and residential systems to be exempt from state, local, and county property taxes as long as they aren’t secondhand.

Our company is from Southwest Missouri, so definitely know about Empire Electrics huge footprint in our area, as well as the great rebate that solar customers get!  We explain the Empire solar rebate extensively in our post here.

Columbia Water & Light are contributing to the growth of solar by offering low-interest loans that both residents and businesses can use to purchase photovoltaic systems.

This is a different approach to incentivizing solar power adoption.

The program provides a rebate at $2.00 per DC watt produced.

What’s more, the system is installed, maintained, and ultimately owned by Ameren itself.

For some, that may be an added appeal to the program but for others looking to reap the full financial and energy production benefits of a system, the best route is probably to invest in your own setup.

The federal government is incentivizing the purchasing and installation of home solar power systems.

This program provides a tax credit of 26% of the overall cost for a system with no upper limit.

Both existing and new construction home systems qualify for the credits and principal residences and second homes can also take advantage of the program. Solar power seems to be taking the world of energy providers by storm.

The public is rallying around this clean and renewable source of power and commercial industries are taking advantage.

Even government programs are hopping on board the solar train.

And when you take a look at the numerous benefits of solar power, it’s easy to see why: Missouri is already moving towards a more solar powered grid as it is.

And with the many incentives on the state, utility, and federal level supporting Missouri solar power, it’s a wonder why every home in the state doesn’t already have a system on the roof.

Want to learn more about your residential solar options in Missouri? Contact Simple Solar today for a free quote!